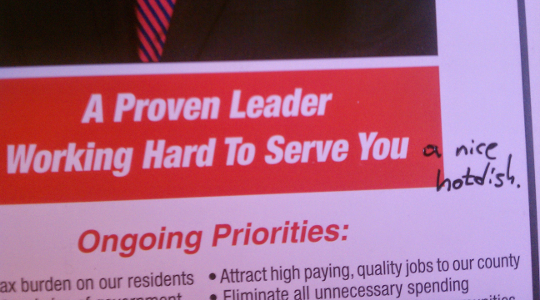 Enough is enough. Political attack ads need to change. Politicians need original angles, new questions, and higher standards. Most of all, political operatives need to lose their fear of making even less sense than they do now.

Here are a few suggested attack ad lines that I’ve written, and I approve of any national political committee interested in stealing them for their use.

A political season filled with these original, thought-provoking, and utterly stupid character assassinations would do nothing to restore dignity to our political process. But I would be less likely to throw my television through the window, and that’s a real win for my bottom line.

4 thoughts on “Political Attack Ads: a Path to Reform”