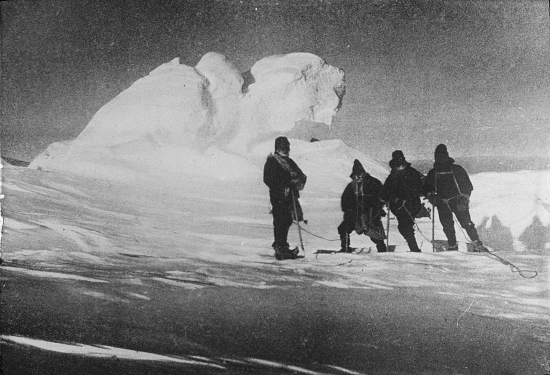 After complaining for much of the winter of 2013-2014 (with good reason), I made a solemn vow that I wasn’t going to be such a crybaby if the winter of 2014-2015 was equally treacherous. I decided to continue my summer tradition of daily lunchtime walks into the winter months, regardless of what the weather is like on any given day, hoping that would toughen me up a little.

The early onset of subzero temperatures in November tested my resolve, but I’ve learned a great deal in that time. Here are some of the lessons I learned while walking through the tundra.

Vapor from your breath will instantly freeze on anything it touches in subzero climes. And absolutely nothing says “I’m a professional” like returning to the front lobby of your office with ice chunks hanging from your moustache. Unless your workplace is an arctic exploration vessel, one should take precautions against ice formation on facial follicles.

Is your mind constantly flitting off in different directions? Walking through ice and snow is a wonderful way to learn zen-like focus. That’s because if you don’t pay attention to the ground in front of you, you could slip on a patch of ice and die.

No, snakes will not emerge to bother you in the winter months. But the ice spiders will. Proof? 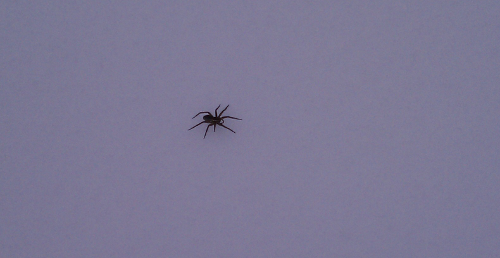 Here’s one I met on the walking trail.

I forgot what I was going to write in this part, because I’m still kind of hung up on the ice spiders. Do you think there are a lot of them? Do they live in some kind of ice hive? Are they waiting to attack me while I’m on my walk? Do they want to nest in my frostbeard?

Other people winter walk, too

I’ve met a number of people on the trails, and even saw a guy riding a bicycle through the snow. “On very cold days,” I said to myself after greeting a nice person on the trails, “it’s nice to know that winter walking isn’t an insane thing to do.”

Then it occurred to me that these people might not be in their right mind, either.

Really, it’s not so bad, and it does give one a true appreciation of nature’s power. Between the frost accumulating on your hair, the slippery death traps, the throngs of ice spiders waiting in ambush, and the deranged people you meet on the path, it’s an invigorating way to spend an afternoon.

See you on the trails! (Seriously, though, tell me if you see any more of those spiders.)

2 thoughts on “Wintering in a Wonder Walking Land”